This week’s coffeehouse coincided with the official opening of Windber’s annual Miner’s Memorial Days, which honors local history and always climaxes on Father’s Day (which is this Sunday). I approached the evening in a very good mood. Having one of my short stories being published (in a hardcover anthology of SF/F for kids) and a very different SF tale accepted for a British anthology in the previous few days had certainly boosted how I was feeling.

Unfortunately for all concerned, Thursday night was somewhat cool (for this time of year), quite wet and extremely windy (for anytime).

Like last year, the local library has a fundraising and informational table at the Miner’s festival. I will be helping at that table as I did last year, though only on parts of Saturday and Sunday (which are always the most active days). Since I was preparing to help run the coffeehouse, I was only able to pop over in advance a couple of times. First time, along with my fellow library Board of Trustees I discovered a beer seller’s tent in our assigned location. By my 2nd look-in, my colleagues had hunted up the local businessman who heads the organizing committee. They got things straightened out. At the official opening, once part of Graham Avenue (Windber’s primary street) was blocked off for the festival, said beer tent would be moved into the now-pedestrian-only street and we would regain our designated spot.

Back to the Grand Midway I went. Got the coffee perking (Starbucks Dark French Blend),  put out all the coffee-related fixins (sugar, creamers, spoons, etc.) as well as assorted teas, hot cocoa mix and various snacks, turned on the usual lights (and ones upstairs, since we were offering guided tours of the whole 3-story/32-room place as a special treat for the festival) and fed the night’s 1st DVD into the player.

Blair had let me pick tonight’s theme and I went with an eclectic mix of comedies. I chose to open with a DVD that wasn’t even a feature film, but a collection of one of my favorite TV comedies: 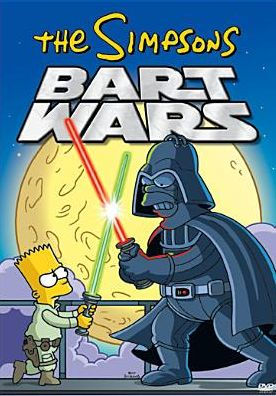 Anyone who’s seen The Simpson’s knows it’s as much for adults as for kids, and the 4 episodes on this DVD were first-rate examples of its early years.

The first hour of the coffeehouse was actually encouraging. No totally new people came and the regular crowd had no overwhelming interest in getting a tour. Still, the crowd was decent and in a good mood. Three guests came with supper (Chinese takeout from the Windber Wok) to accompany their coffees. Others put down a bit extra for various candy bars, crackers and cold drinks. It all had the makings of a successful night.

Driving for home from his ‘day job’ (delivering blood supplies for the Red Cross), the Midway’s owner texted me for an update and I was able to report a good start.

Outside, the Miner’s festival was slowly gaining steam as well.

Then the wind and rain decided to break out in earnest. What was previously but a minor-to-moderate irritant instantly transformed the evening.

I didn’t realize it at that moment, but the rest of the evening was to be a bust for the town’s festival and even more so for us at the Midway. Still, we kept the course we’d plotted.

Next up on the coffee bar’s twin big-screen monitors was an over-the-top action-comedy and another favorite of mine: 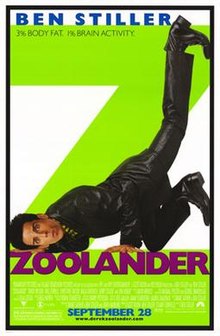 This wild tale of a brainless and shallow if well-meaning male model involved in an equally brainless terrorist plot seemed strangely yet especially appropriate. Or don’t you recall the scenes of Mr. Zoolander trying to return to his roots as the wayward son of a coal-mining family?

As the decent opening crowd dwindled (and for the most part wasn’t replaced by others) I gradually grew concerned. But not overly alarmed–slow nights happen.

There was some good conversation as well. Much of this centered on Blair Murphy’s recent purchase of 2 more abandoned buildings in town and his quirky plans for revitalizing this, his adopted town. My partner Synthia and I, along with many others, are dedicated to helping him in this.

One of our newest regulars kindly expressed her thanks for another nice evening, the shrinking crowd notwithstanding. Synthia did a couple crystal card readings for guests. Ron and I talked about making up a list of people who’ve expressed interest in joining his pen-and-paper role playing group. An out-of-town friend of Blair’s who did most of the camera work for the Zombie Dream stayed the night in the Beatnik Suite and, as always, provided positive energy to the evening.

I’d just put the night’s final movie on when Blair checked in again. I told him the state of things and he authorized me to close early. But hey, I hadn’t watched this Mel Brooks classic in a while. So the coffeehouse stayed open for business until Blazing Saddles reached its sharp. silly and altogether wondrous climax. 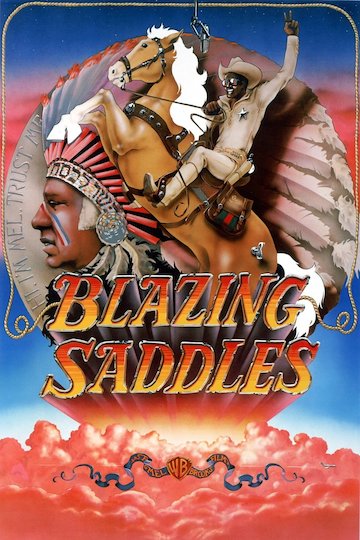 I closed things down with the hope of better weather-luck the rest of the weekend for all concerned.

As I write this, it’s late Friday evening. The town and festival had a much better day with more predicted in store for Saturday (during which the Midway will give the guided tour bit another try as well).

And of course next Thursday will be another Coffeehouse Night here at the town’s delightfully eccentric, thoroughly haunted hotel. Stay the course, my friends.